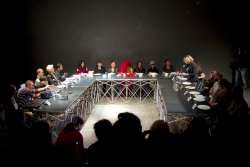 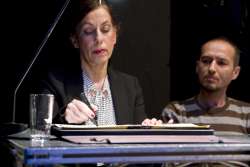 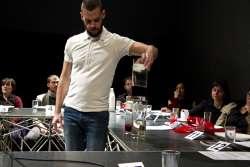 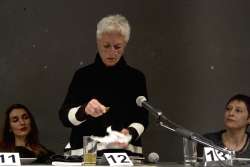 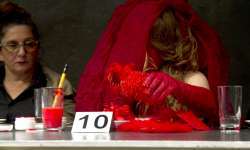 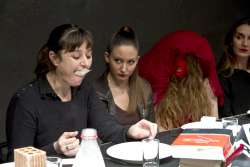 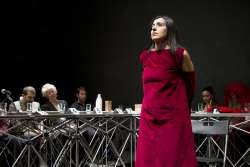 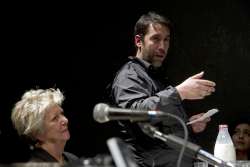 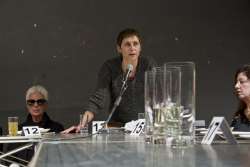 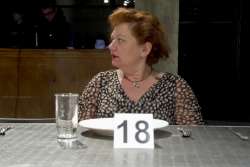 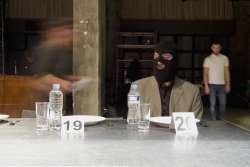 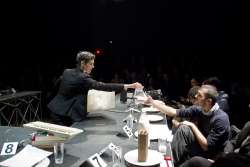 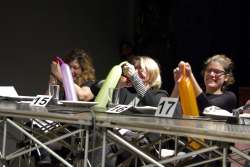 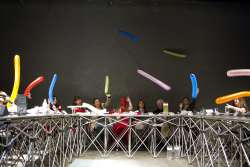 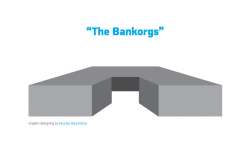 In May 2015, I was invited by The Subjectivity & Feminisms Research Group (S&F) of Chelsea College of Arts, London, to organize the Performance Dinners No 8 in Athens. To be more specific, I was asked to organize a dinner in Athens, in which I would invite artists/academics to present to each other their responses on a theme that I would select drawing from feminist theory. Accepting the invitation, I proposed the long-duration performance “The Bankorgs”.
The Bankorgs drew inspiration from Donna Haraway’s (1991) essay A Cyborg Manifesto: Science, Technology, and Socialist-feminism in the last twentieth Century (pp. 149-181). I came up with the concept of the performance by paraphrasing the word “cyborg” and replacing it with the word bankorg to comment on the appearance of a new entity. I conceived this imaginary entity, the bankorg, as a hybrid organism that has been affected and deeply transformed by the current dominance of the economic institutions and the banks in multiple socio-political terrains. In the framework of the European economic crisis and its disastrous consequences to European countries such as Spain, Greece, Italy, Portugal and Ireland, I introduced the concept of bankorg, in order to put together a vocabulary to address questions on survival and sacrifice. In this turbulent historical moment in which more and more people become depressed (and very often suicidal) due to the lack of not only jobs, but also accommodation and basic food, the question of survival per se is at stake. At the same time, against international neoliberal demands, a second question is also posed: how many people and lives should be sacrificed in order to ‘save’ the banks?